Beth Harrington
Three of us from Benefit Resources attended the Western Benefits Conference in Seattle in mid July. (The Pension Administration "who's who" and "what's what" that  happens annually) We were the only Sacramento TPAs there, and I’m so glad that we went.  We all went to different breakout sessions, so together we were able to learn from the best of the best in the industry.

The conference started with an address from Brian Graff the CEO of our trade association, the American Society of Pension Professionals and Actuaries (ASPPA).  He talked a lot about the politics of benefits:

There are many myths that ASPPA is trying to dispel when testifying before congressional committees are taken from the Employee Benefits Research Institute (EBRI) such as:

I committed to ASPPA to help them pass the message along that the private retirement system works! One of the best way I can fulfill that promise is by performing my part (Pension Administration) to the absolute best of my ability. Without it, more people will be looking for social services in the future putting undue pressure on an already overwhelmed system.  I encourage you to pass this message along too!

The Department of Labor representative indicated that they’re working on a few projects:

Third on the dais in this first session was the Internal Revenue Service representative.  The IRS is looking at projects of their own, including:

We had an update on the fee disclosure rules in one of the break-out sessions.  July 1, 2012 was the deadline for companies to enter into formal agreements with the service providers of their plans.  (We always had a formal agreement with our clients, but sent to all clients in June an updated Administrative Services Agreement).

Absent a formal agreement, any fees paid by the Plan to a service provider are considered a Prohibited Transaction under ERISA.  The transaction would also be considered a breach of fiduciary duty.  That’s a big deal!

Plan fiduciaries need to understand these agreements and the fees being charged and the services being provided.  The decisions to be made should be based on the services being provided, not just the dollar amount being charged.  Plan fiduciaries may want to get a Request for Information from other providers to best understand how their current provider measures up against others.  Review the following:

On 9/11/2006 there were 30 suits submitted to the courts.  Most of those were settled, but one went to trial and resulted in a big judgment.  A summary of Tussy v. ABB, Inc. was discussed at our conference.  This is a very short summary of what I learned – I encourage anyone who wants additional information to review the case itself.

The lessons learned from this case are:

This post is just a summary of some of the sessions I attended.  We will debrief the other attendees and provide more updates in future posts.  As always, you are welcome to call us if you would like additional information about any of these updates. 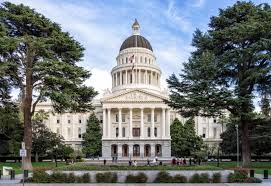 The Pros and Cons of CalSavers